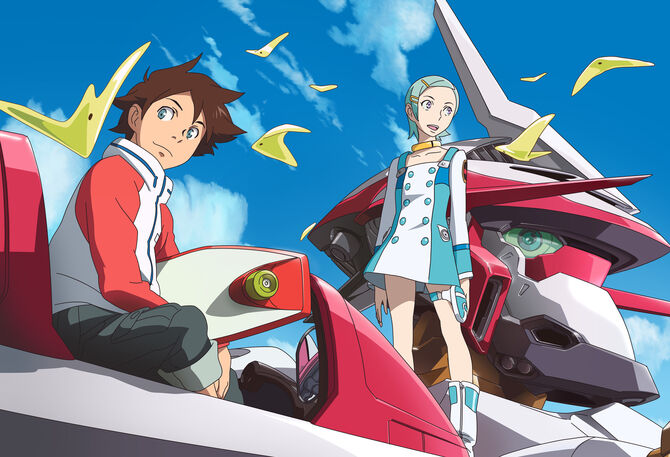 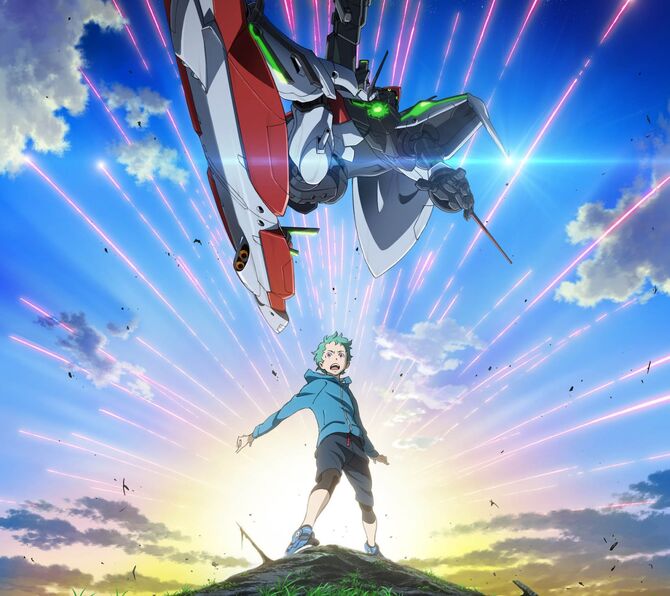 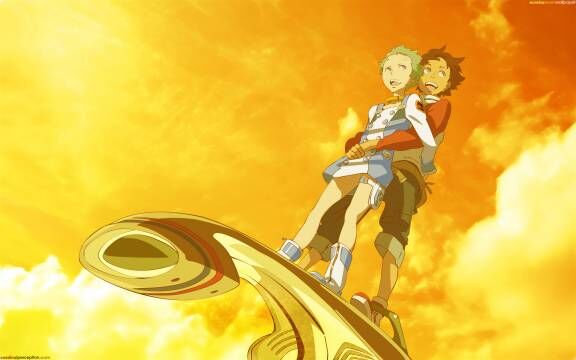 The Eureka Seven Wiki is a collaborative database about the anime series Eureka Seven, Eureka Seven: AO, Eureka Seven: Hi-Evolution and all related works. Feel free to help out in any way by creating pages, editing pages but please make sure it's original as stealing work from other people isn't right.

The series centers around Renton Thurston, the fourteen-year-old son of Adroc Thurston, a military researcher who died saving the world. He lives what he considers a boring life with his grandfather in the boring town of Bellforest. He loves lifting, a sport similar to surfing but with trapar, a substance abundant throughout the air, as the medium. He dreams of joining the renegade group Gekkostate, led by his idol Holland Novak, a legendary lifter. An opportunity to do so practically falls into his lap, when a large mecha, called the Nirvash typeZERO, and Eureka, its pilot, and a member of Gekkostate, crash into Renton's room. Renton's grandfather orders him to deliver a special part to the Nirvash called the Amita Drive, which releases the immense power dormant within the typeZERO called the "Seven Swell Phenomenon". Afterwards, Renton is invited to join Gekkostate, where he quickly discovers that the behind-the-scenes life of Gekkostate is hardly as glamorous or as interesting as printed in the glossy pages of their magazine, ray=out. Only one thing makes it all worthwhile for him: the presence of Eureka, the mysterious pilot of the Nirvash. Renton, Eureka, and the Gekkostate embark on an adventure that will shape their future as well as the world's.

Eureka Seven: AO (Astral Ocean) is an anime series that serves as the sequel to the original Eureka Seven anime. A manga series was developed to accompany it. (more...)

To write a new article, just enter the article title in the box below.

Not sure where to start?